Meet the Triss family.  Hailing from Fernandina Beach, the billionaire family has their hands in everything.  The matriarch, Amelia and patriarch, Melbourne ensured that their sons Merritt and Sanibel were not only groomed to take over the family’s enterprises; they were groomed to withstand and prosper despite whatever the world threw at them.  No one was prepared for their wives Isla (Merritt) and Cocoa (Sanibel), except for the matriarch. She loved those girls.  There was something about Triss women, and now there were more.  Watch out, world.

Domfoolery: Trinity-Alexandrina wasn’t a Triss, but she was crazy enough to pass for one.  Hand-selected by none other than heir apparent, Ayanda Triss, Trinity-Alexandrina is one of the reasons the Triss Media Conglomerate had a chaplain, a physician, and a ninja on staff. Ayanda, is the other.

Zero. Darque. Dirty: After being charged with five counts of ‘f*cking someone’s sh*t up’, the authorities decided that treasure hunter Kahina Triss couldn’t be trusted to be released on their own recognizance. However, as she incurred the charges while defending his honor, soon-to-be retired navy pilot Benigno Acadian decides to watch over her.

Triss Versus Frat: Every incoming class at the exclusive private university Triss attends is provided a litany of things to best avoid including underage drinking, waiting until the last minute to write one’s final paper, and effing off Daytona Triss—aka ISH FINISHER GALORE, the sole inhabitant of a five-thousand square foot fraternity house on campus.  The good news is that Daytona is a senior. The bad news is that her parents purchased her an entire frat house that suddenly became available when the frat lost its charter and all of its members p*ssed off Triss before deciding to transfer.

Let It, Oh, No: The significant other of volcanologist Rally Triss rarely worried about her safety.  A), she had him and their two-hundred pound dog.  B), Rally was one-hundred percent lunatic bat sh*t f*cking crazy.  He’d witnessed his feisty wife give someone a warning shot…in the head…on the lip of a volcano.  She didn’t even have the decency to utter an ‘oops’.  Instead, she sent up a prayer about being glad she didn’t have to waste time having to bury a body. 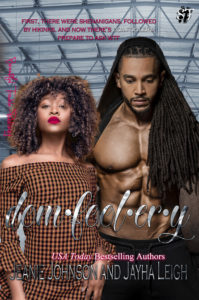 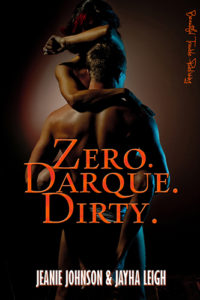 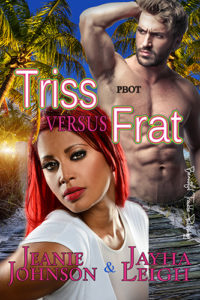