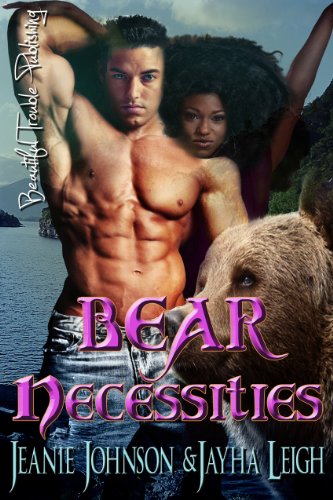 Part of the Alaska series:

She minded her own business, stayed out of shit, and kept her opinions to herself as she worked her way up through the French brigade system. Her station was spotless, her dishes had the southern grandmomma seal of approval. She never mixed business with pleasure. Of course, she'd never been tempted to…until she bumped into an Italian chef who knew his chocolate, his wine and his way to a woman's heart.

On a sabbatical from his executive chef position in one of Europe's finest restaurants, he gave her plus size curves a second, third, fourth and fifth glance, gave her taste buds an adventure, and gave her hope that women like her could get HEAs. After he'd gotten what he wanted, he left her with a broken heart, a ruined reputation and a baby.

Down, but not out, Nevena kept her head up, took her apprentice chef, and kept it moving. When she'd healed enough on the inside, she and her best friend bum-rushed their way into one of Atlanta's hottest restaurants and won over its owner.

Winning over the crowd of regulars who all seemed to have “aire” describing their net worth, they called her on her shit but they treated her like she was family. Knowing she had to spread her wings, they sent samples of her food to the owners of an upscale resort in Alaska.

Once in Alaska, she discovered another group of people who considered her family, her complete ignorance about wildlife, and a man who made her heart beat in triple time. She knew she could love him. Her daughter did love him and her best friend encouraged her to jump on him and ride him into another Ice Age.

Sheriff Dominic Kenai was an Alaskan grizzly shifter. He was also the law in Arcticus, Alaska. If you didn't count what he did to people who fucked with his territory, there was zero point zero crime. Despite the new resort going up and the increasing number of tourists coming in, he was determined to keep that record intact.

An alpha male with simple tastes, all he wanted was good coffee, peace and quiet, and a willing woman every now and then. And then he met Nevena and his bear went crazy. Determined to win her over, he took his time so that she could heal. He'd show her that he wasn't like other men; he was better. He had the whole territory in his corner, along with Nevena's daughter, her best friend and her brother. Now all he had to do was prove to her that loving him wasn't a mistake.